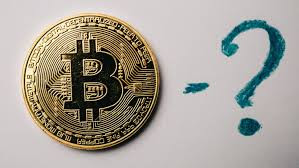 A paper I recently read talked about an economic simulation of cryptocurrencies, and it provoked a few thoughts in my mind about the topic in general. In short, the thoughts were: do we have a right to call cryptocurrencies money, are the speculative efforts of individuals holding various coins restricting certain tokens from their full potential, and is it even worth going through the regulatory framework process for cryptocurrencies with such a small adoption rate and governments having the ability to implement their own cryptocurrency?

Let's start by addressing the first question. What exactly defines money has been heavily debated, dating back to 1875 when English economist and logician William Stanley Jevons wrote "Money and the Mechanism of Exchange". In this work, Jevons concluded that money must have four common properties, those being: a medium, a measure, a standard, and a store. Let's break down what exactly this means.

Medium: Money should be an effective medium of exchange, enabling two people to make a transaction, assuming they do not have goods or services of equal value to exchange in a barter style deal.

Measure/Standard: Money requires a steady measure, or in other words, buyers should easily be able to predict the prices of goods and services. For example, think of the dollar menu at McDonald's. You know that with one US dollar you have free range to chose from any item on the menu, however, if the dollar were to appreciate or depreciate dramatically relative to a basket of foreign currencies then you would no longer be able to easily recognize your buying power at McDonald's. This is important when measuring money against a basket of needs, but like most things, needs evolve along with a society (new tech, fashion, and other trends).

Store of Value: For money to be considered a good store of value, it should be relatively stable over time. For example, if you go down to the market and buy an Apple with a US dollar, but then the dollar falls dramatically in value, you'll feel quite happy you've gotten rid of that dollar and bought something with it, while on the other hand, the person who accepted that dollar in exchange for the Apple will feel cheated. If there is an uncertainty of said currency being a reliable store of value, then people will hesitate to engage in trade which is bad for the prosperity of any society.

Do we have a right to call cryptocurrencies money?


When I address these needed characteristics of money, I am going to only use Bitcoin as a reference to simplify things. I'll be using Bitcoin in these comparisons because it is the most widely recognized cryptocurrency to date. Also, Bitcoin is a relatively simple cryptocurrency, which most likely correlates with its adoption rate.

Medium (YES): It is hard to argue against this one. Bitcoin can easily be used as a medium of exchange for most peer to peer transactions. While Bitcoin may not be your preferred medium of exchange, it can certainly be used. Fun fact: in 2010 a developer bought two pizzas for 10,000 Bitcoins, which at today's market value is the equivalent of $84,037,600. Perhaps they would've been better off with a mediocre Little Ceaser's pizza.

Measure/Standard (NO): The price of Bitcoin and most cryptocurrencies for that matter are extremely volatile, making it hard for consumers to generalize how much they can purchase with their cryptocurrency. Take a look below at the 3-month charts for both the USD Index (DXY) and the price of Bitcoin. With heights of around $11,500 and lows of around $6,500 in only a three-month time frame, it is safe to say that very few people would deem it as a stable standard or measure against a basket of needs. 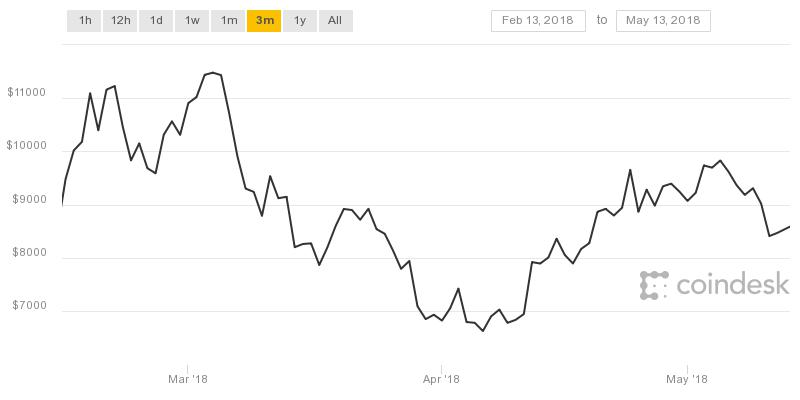 Store of Value(NO): Bitcoin in the long term you could argue has been a decent store of value for people who got in early back in 2012 before the price hit triple digits. However, once the Bitcoin price started to inflate, the store of value concept lost its argument as it became incredibly volatile. When the price increased rapidly, it made people not want to spend it as they became more speculative on the price continuing to increase. On the other hand, as the price increased the number of merchants willing to accept it as a form of payment also increased due to their own speculative interests. Overall, in the short term, this is bad for commerce and trade in general as there would always be a winning party and a losing party without there being a relatively equal exchange. See the chart below for the price of Bitcoin throughout its entire existence. 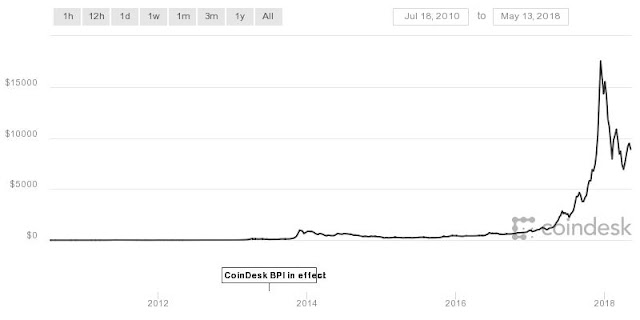 Are the speculative efforts of individuals holding various coins restricting certain tokens from their full potential?


In my opinion, yes. The lack of regulation and the relatively recent emergence of cryptocurrencies has attracted excitement and interest from people across the spectrum, from investment professionals to shady schmucks looking to make a quick buck and everything in between. As for any unregulated market, the crypto market has unfortunately attracted market manipulators. Whether market manipulation for an unregulated market is morally and ethically sound or not is something that can be debated, but that aside, it is certain market manipulation has impacted the growth and usage of various coins.

There are a number of cryptocurrencies that provide little to no value, but that hasn't stopped their prices from rising astronomically. For example, take a look at Useless Ethereum Token. No, the name does not lie, it is quite literally utterly useless. It is a satirical mockery of how some ICOs are a factual waste of money. A quote from the creator on their official website: "You're going to give some random person on the internet money, and they're going to take it and go buy stuff with it. Probably electronics, to be honest. Maybe even a big-screen television." Check out their full website here, it is hilarious. Even though this is clearly a joke and it is impractical, it didn't stop the price from being pumped. See the chart below. Yep, a useless token once upon a time had a market cap of over $1 million.

How to Pump the Price


Since the market was completely unregulated, in the financial world, what are known as "whales", or big money players, were easily allowed to coordinate what is known as a pump & dump. Since the price is based on simple supply-demand economics, big money players were able to artificially drive the price up to a certain point by continuously buying the token, and then they dumped(sold) it all at the same time. While this is all funny, it is disappointing at the same time. The underlying technology for these sort of tokens, distributed ledgers, could revolutionize various areas of business, but instead, they are used for acts like these. At least this creator took the liberty of making it VERY apparent that the token was a waste of money and people shouldn't buy it. There is nothing stopping someone from doing exactly what this guy did, but instead labeling it as a "great investment" with "unprecedented potential" that will "change the world". When tokens like these are issued, it harms the industry's reputation and undermines the true potential of what cryptocurrencies have to offer.

Another characteristic of the cryptocurrency industry which may be restraining overall industry betterment is the concept of HODL (Holding on for dear life). The term first appeared on a Bitcoin forum when someone misspelled "HOLD" as "HODL" and it then became a well-known acronym throughout the community. HODL is a strategy used by investors to ride out the volatility in speculation the price will rise to unforeseen heights. The strategy is probably the most widely used among crypto investors, considering there are probably more individual retail investors than institutional investors. Most retail investors own small amounts of crypto and not nearly enough to make a significant price move if they were to sell their stake. Also, it is a good strategy since it requires no sort of effort. You literally just buy and hold and hope you don't lose your money. Essentially, it is like betting on a horse to win a race, but you don't know how long the race will be, you don't know how many horses are in the race, and you're not sure if anyone will even reach the finish line.

While this is a simple, go-to strategy for retail investors and even speculative institutional investors, it may be doing more harm than good. If people are holding their coins rather than using them to buy goods and services, then there are less in circulation and it acts less of a currency and more of a new type of asset class. While some people do indeed hold FIAT currencies as investments rather than spending them, the majority of every FIAT currency is in circulation and used as a common medium of exchange. The amount of Bitcoin in circulation also depends upon the number of merchants willing to accept it as a form of payment. If that number were to increase it could propel overall growth for Bitcoin, thus support most cryptocurrencies in general.

Is it even worth going through the regulatory framework process for cryptocurrencies with such a small adoption rate and governments having the ability to implement their own cryptocurrency?


The short answer is yes, absolutely. Regulation is a slippery slope for some libertarian, free-market, crypto enthusiasts, but if they want to legitimize cryptocurrencies then they should welcome regulation to tame the harsh environment. Regulation could help filter out the scum of the industry and prevent people from spending their money on useless securities with no sort of value. Cryptocurrencies also allow for other shady things to take place through anonymity, such as money laundering and terrorist financing to take place. If regulation is implemented then there could be a possible crackdown on these dishonorable practices.

As for the question of governments having the ability to implement their own cryptocurrencies, I personally think governments should allow independent cryptocurrencies to function alongside the eventual and possibly inevitable government issued cryptocurrencies. It would give governments an unprecedented amount of macroeconomic control over their currency and it would improve both monetary and fiscal policy. Things such as money supply, holding distribution, transactions values, etc would be available with pinpoint accuracy, along with an easy audit trail, assuming it would be built on top of some sort of distributed ledger or blockchain like architecture. At the same time, allowing for privately owned and operated cryptocurrencies to function independently. This would encourage creativity in the sector and allow for a healthy market of competition.

Overall, the cryptocurrency industry, like any budding industry, is filled with imperfections and flaws, but that doesn't mean those imperfections and flaws cannot be mended. We know very little about what the future holds for crypto, as it is hard to know what you don't know. That being said, it is important the conversation surrounding the industry continues so that these flaws can be addressed quickly as they emerge. Even though Bitcoin doesn't meet the standard economic characteristics of money, this doesn't mean it will forever be this way. Bitcoin has only been around for less than a decade, but even FIAT currencies that have been around for several decades still have blatant problems with them. This is truly an area of finance and economics that you should keep your eye on as it may have a monumental impact at a global scale.